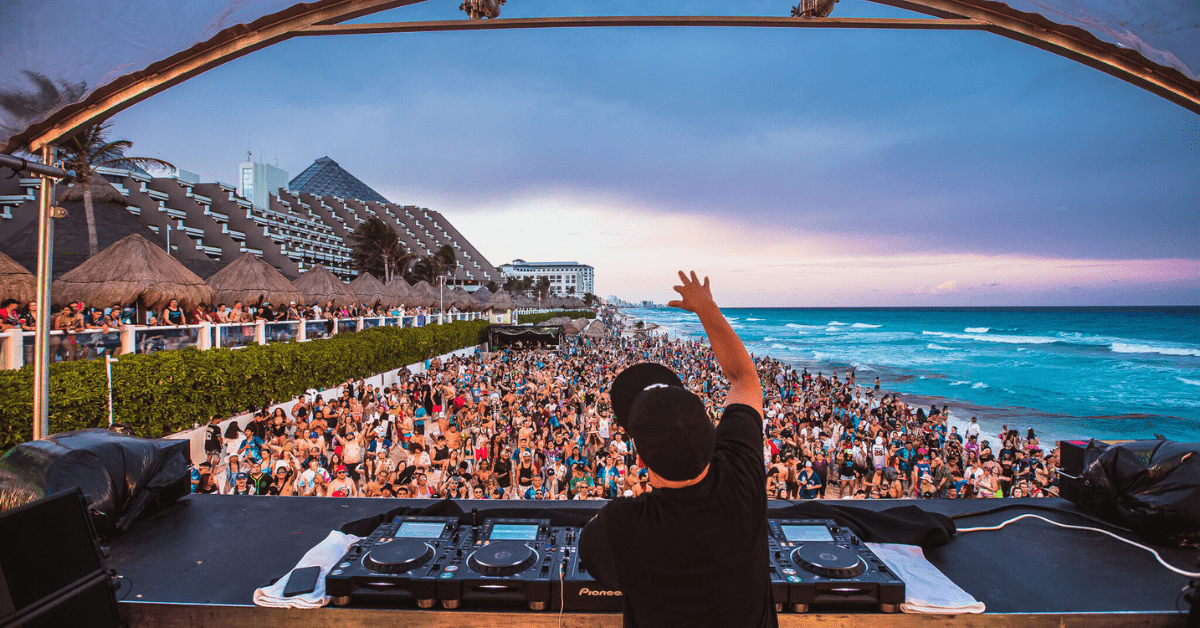 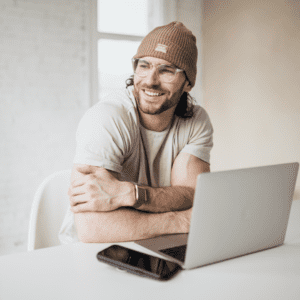 Looking for a list of the top can't miss music festivals in April to kick off the 2023 season?

April is the time of the year when music festival season really starts to heat up. With more and more festivals popping up each year, here are the top festivals that should be on your radar for April!

The iconic Coachella music festival takes place every year for two weekends in Indio, California. This is a multi-genre music festival ranging from the biggest names in mainstream music to your favorite EDM artists.

Coachella is a hybrid camping festival, with some patrons who camp and some who travel in/out each day.

Coachella has a very upper class, boujee vibe as it is the festival that draws in the most mainstream attention out of almost any other festival out there. However, don’t let the outside appearances fool you! Although this event draws a lot of criticism as one that is “solely for Instagram influencers who want to take cute pictures and chase clout on social media”, I have to say that Coachella has consistently been one of my favorite festivals I have ever been to!

Sure, there’s a lot of people there who like to dress up in their best outfits and take pictures while at the event, but then again, people do this at EVERY festival. Regardless of what that person’s intentions are with their photos, I personally don’t see anything wrong with someone wanting to capture a memory or two so that they have something to look back on.

I am an EDM purist at heart, and although the artist selection isn’t necessarily my dream lineup, I still enjoy the variety of music and the high vibes of the festival venue.

As you explore the festival grounds, you’ll find a number of cool art displays that are worth exploring, as well as hidden interactive tents and stages that are located all around the venue.

The entire festival is also surrounded by palm trees, and as the sun goes down each night, you get to witness a gorgeous sunset and palm tree silhouette. Each palm tree is covered in lights, and as soon as it gets dark the whole festival lights up with neon colors which creates a really cool tropical vibe.

Although Coachella might be mainstream, there’s a reason that it’s as popular as it is. And even if the multi-genre music festivals aren’t totally up your alley, in my personal opinion this is definitely one that’s worth checking out. 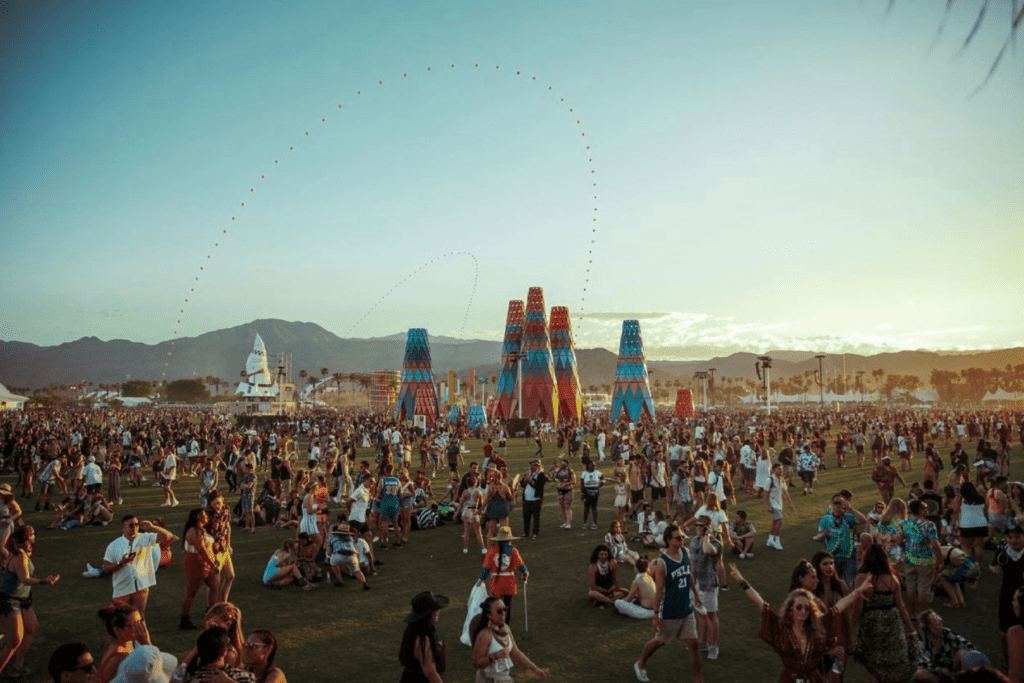 Excision takes over the beaches of Paradisus resort for an all out, bass heavy festival experience like none other. Cancun-based events seem to be increasing in popularity year over year, and with artists like Excision and Illenium now throwing yearly festivals at this oceanside oasis, this is something that we highly recommend attending.

There seems to be a trend coming on, with festival promoters teaming up with big resorts to combine the best of both worlds – high end, luxurious vacations along with the same incredible music that people come to expect from large scale festival productions.

Be sure to bring your sunscreen and a lot of Raveraide! The festivals at these resorts can get incredibly hot, which means you have a much higher risk of experiencing problems related to dehydration. I know it can be easy to get carried away with the all the drinks & fun when at an all-inclusive resort, but just be sure to squeeze in a serving or two of electrolytes throughout the day to make sure you’re staying hydrated!

Anytime we go to any festival, it is a necessity that we bring Raveraide with us – The only hydration stick in the world with electrolyte cell salts for rapid hydration, as well as brain boosting nootropics for mental clarity, anxiety reduction, and neuroprotection. I cannot express how much of a game changer these have been for our festival experience. It’s so easy to just tear one open and throw it into a water bottle or hydration pack to sip on throughout the night.

Raveraide uses real berries and essential oil extracts in their product instead of natural flavors or artificial ingredients/dyes. It also barely contains any sugar, and has helped so much with just feeling mentally clear the next day after a night of partying. 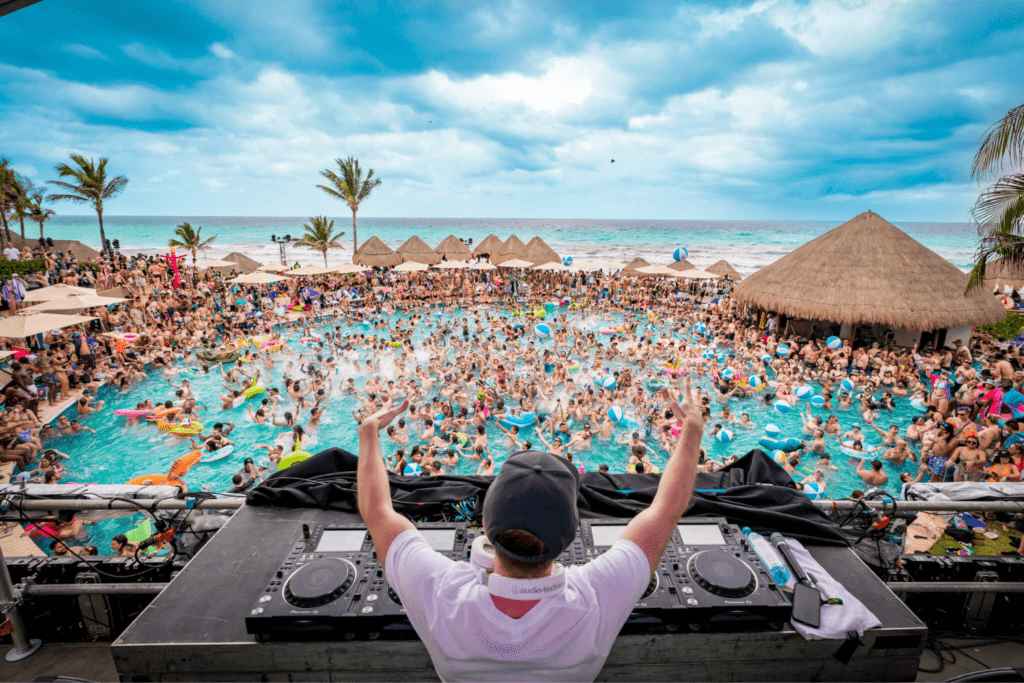 Ubbi Dubbi is one of the premier EDM music festivals in Texas, and is one of the many top-notch productions put on by Disco Donnie Presents. The festival is held at Panther Island Pavillion in Fort Worth, TX after making their move from the Texas Motorplex in 2022.

Ubbi Dubbi holds a special place for many ravers & music festival goers as it was actually the first official festival with zero restrictions to take place post-pandemic. With headliners like Illenium, Seven Lions, Liquid Stranger, Adventure Club, and more, Ubbi Dubbi truly set the tone for EDM lovers who had waited over a year to be able to reconnect, dance, and enjoy live music together.

Ubbi Dubbi is preparing for another epic lineup in 2023, with headliners such as Slander, Rezz, Jason Ross, and Zomboy, as well as big name artists from a variety of genres that are bound to quench any music lovers pallet.

As someone who attended Ubbi Dubbi in 2022, I can tell you that the lines to get through security at Panther Island Pavillion were insanely long. That being said, you may want to consider arriving earlier than planned if you want to ensure you make it in the venue in time to see your favorite sets. 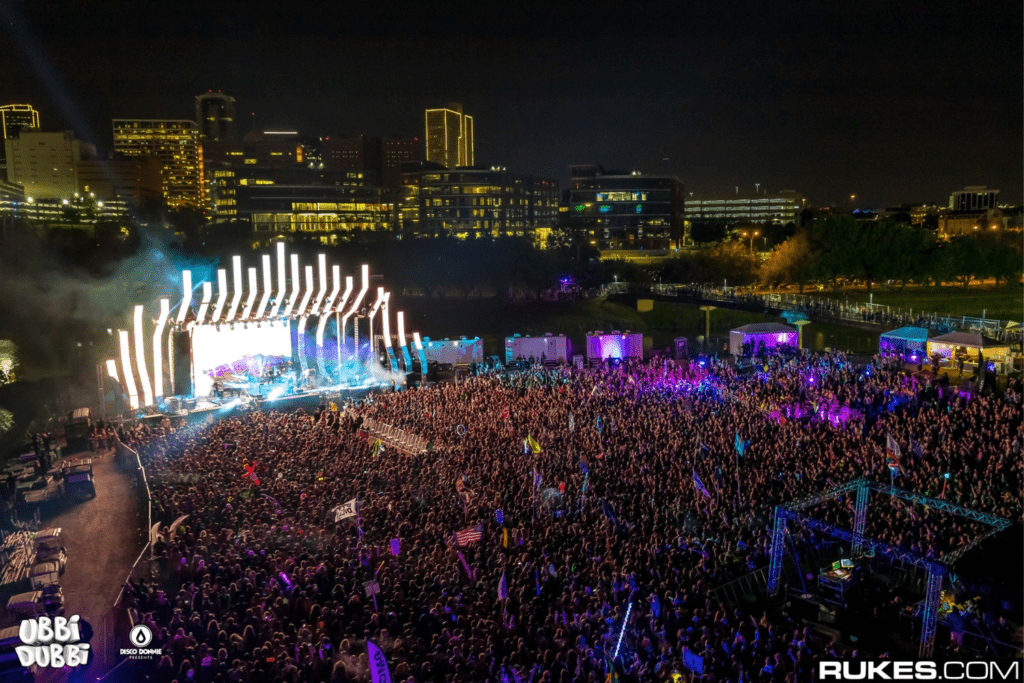 With Project GLOW having its inaugural festival in 2022, we have heard incredible things from Insomniac’s newest two-day event to hit the scene.

Located in Washington DC, Project GLOW is the newest addition to Insomniac’s nationwide expansion, as they primarily focus on West Coast and Central US music festivals.

Be sure to have your travel accommodations set up well, as the festival might be tricky to navigate in and out of since it is a newer fest.

We really look forward to seeing what Year Two of this event has to bring in 2023! 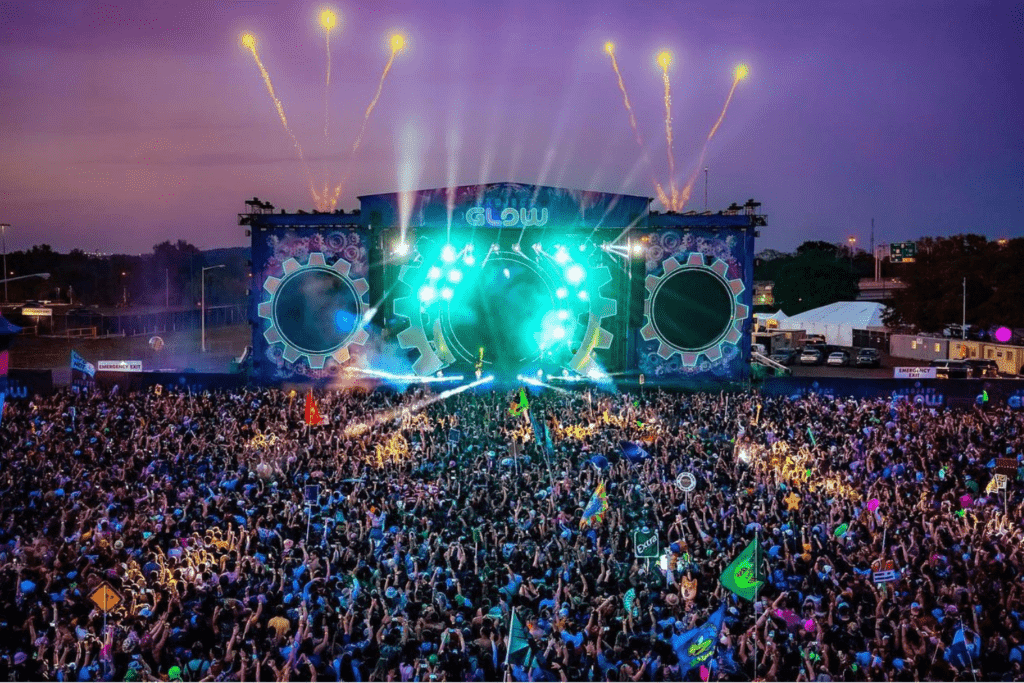 Curious about what other big music festivals are going on throughout the year? Be sure to check out some of our other articles to see which festivals you might want to add to your travel plans:

This post was all about the best music festivals in April that you need to check out.

As one of the co-founders of Raveraide, Jake has spent the past 6 years of his life as both a health coach and marketing consultant for small businesses. He began attending music festivals in 2018, and is incredibly passionate about sharing both his love for health & fitness, as well as his love for the EDM community. His favorite EDM artists are Subtronics, Seven Lions, LSDREAM, and Blanke. Follow him on Instagram @jakekocherhans 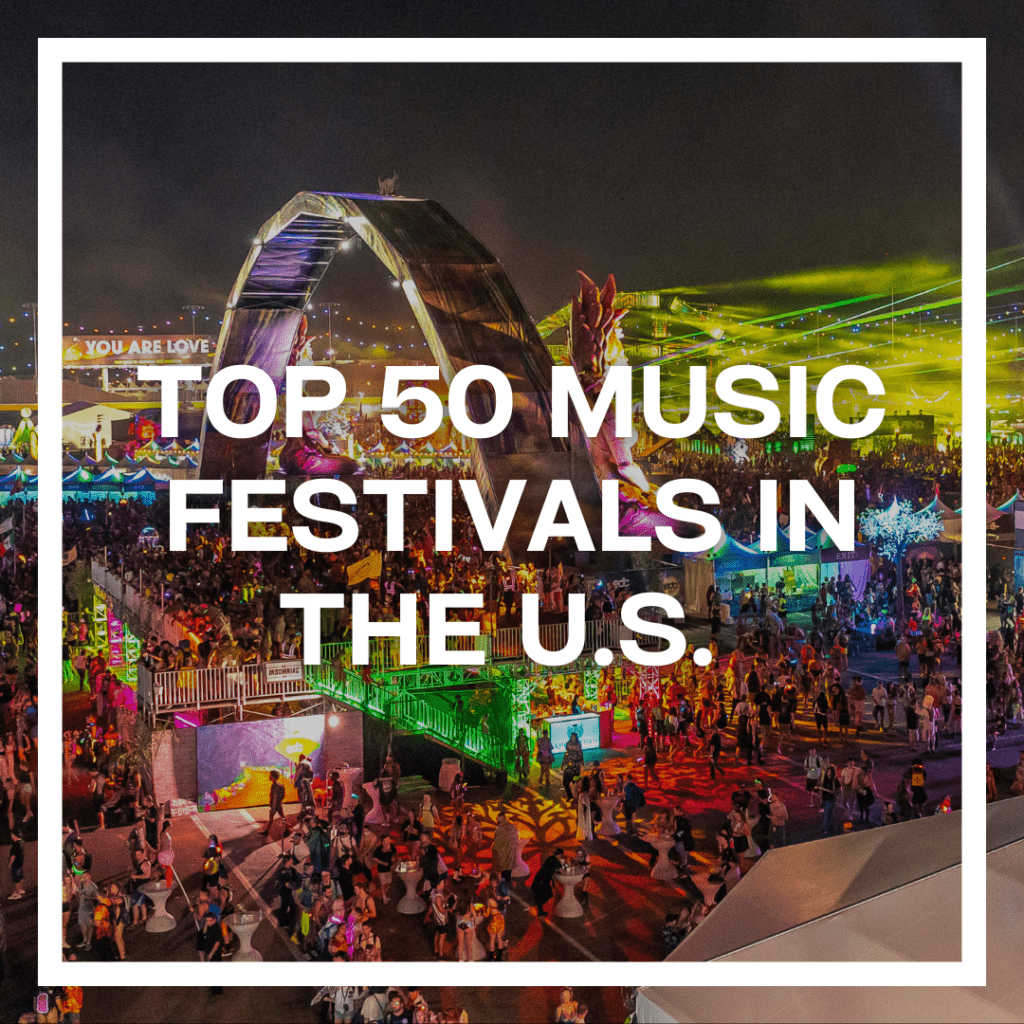 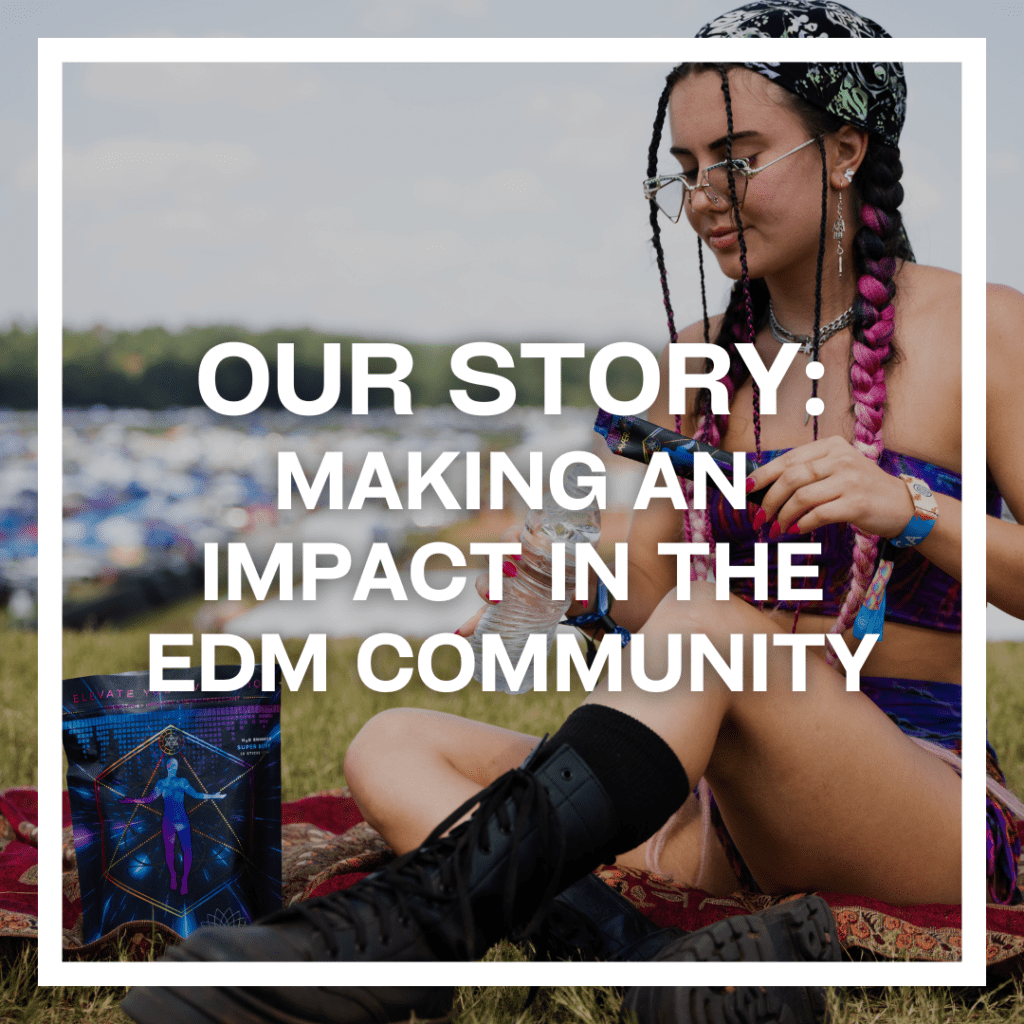 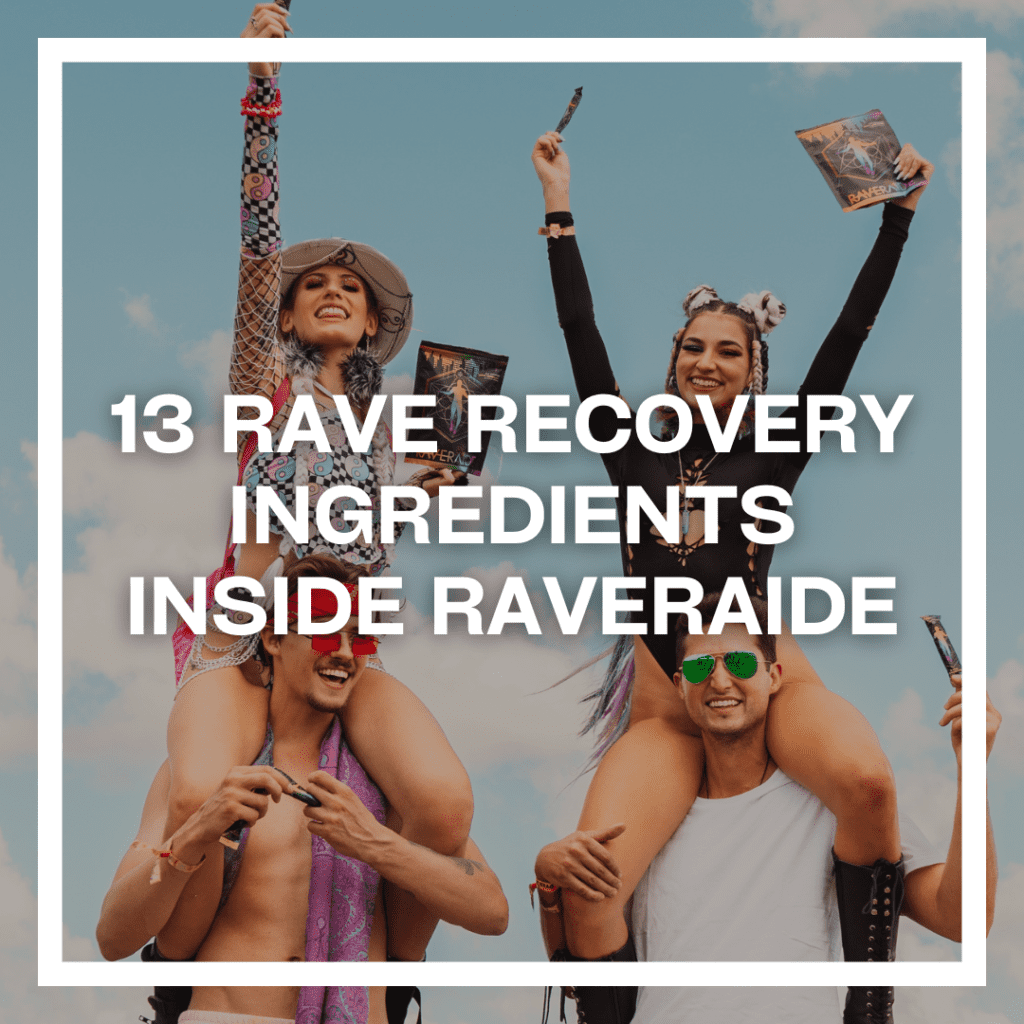 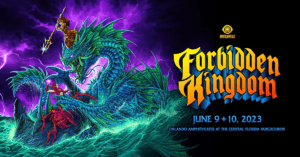 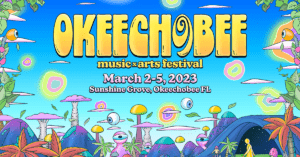 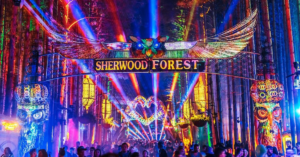 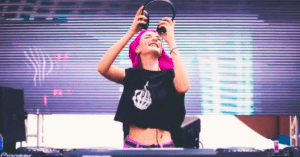 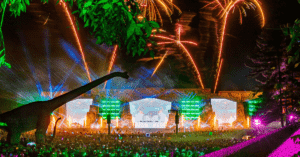 10 EDM Festivals in September You Need to Check Out 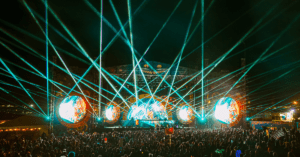 13 EDM Festivals in California You Don’t Want to Miss 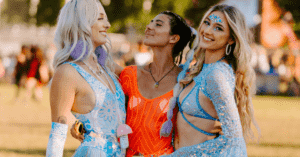 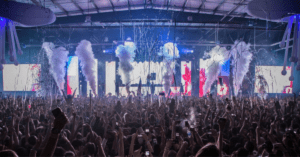 5 EDM Festivals in Colorado to Look Out For in 2023 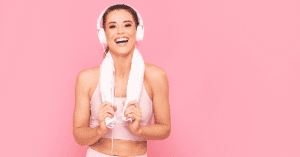 How Raveraide Supplements and Supports Fitness Enthusiasts and Ravers Alike 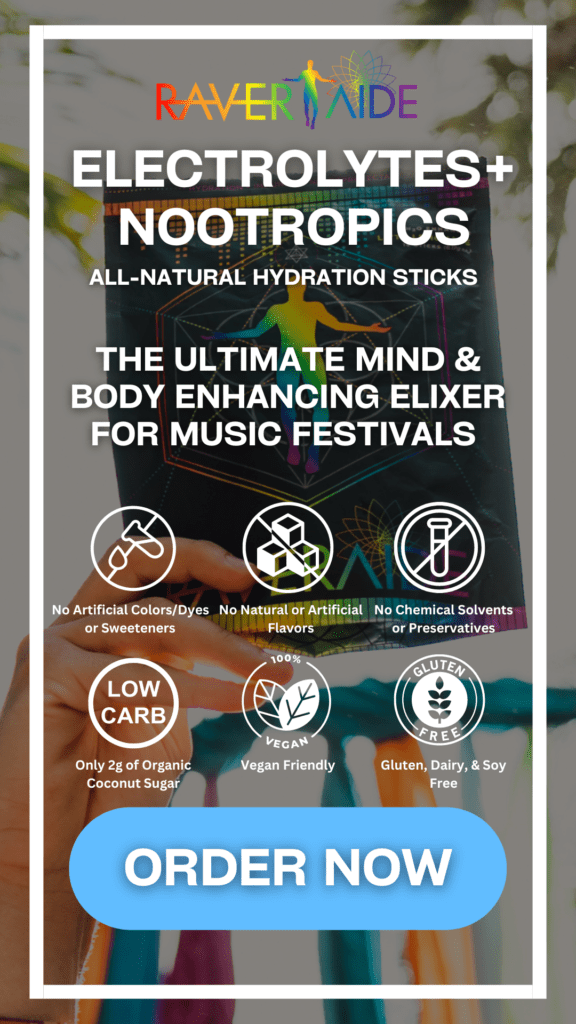 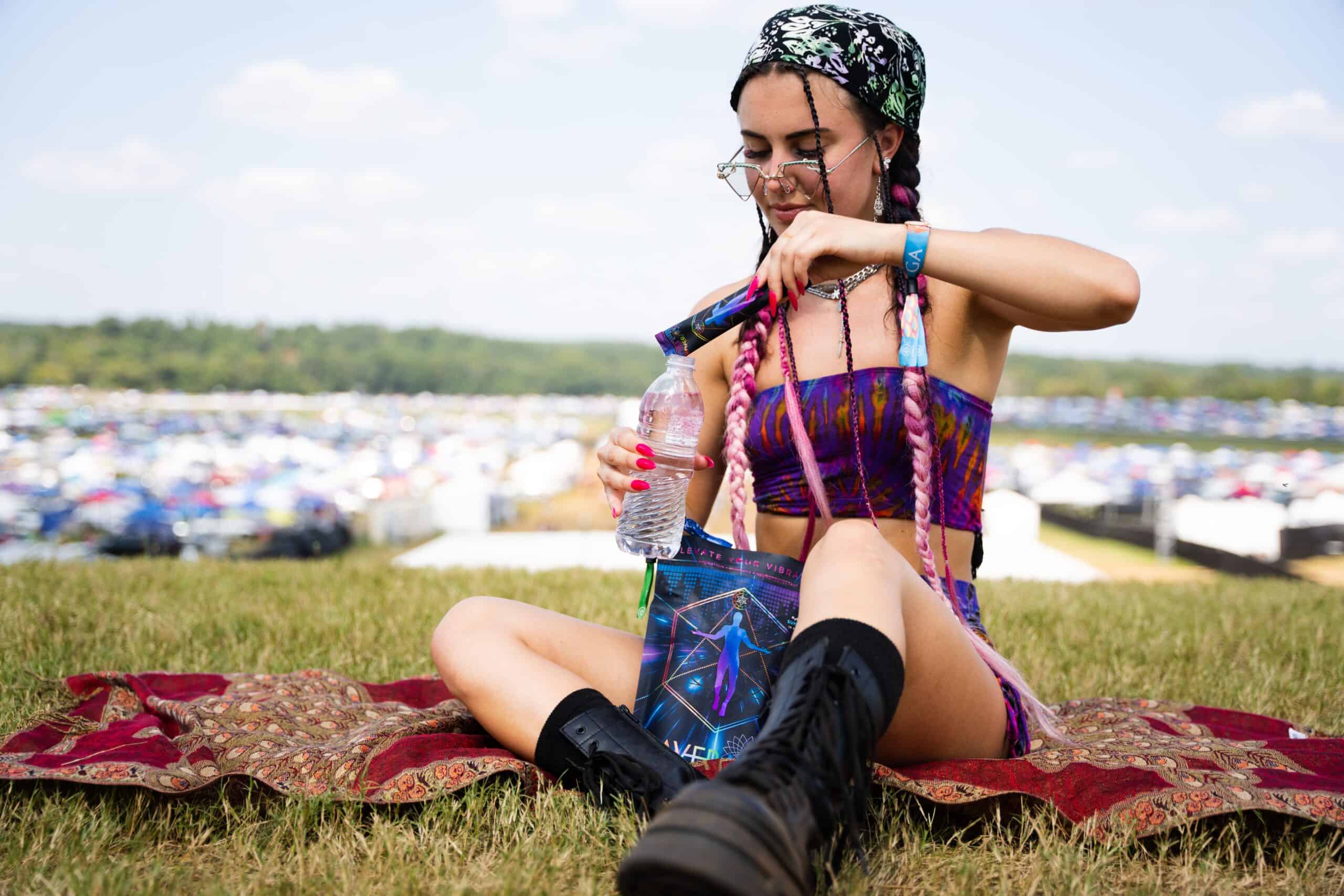 The Raveraide Story – What’s Inside Our Product

Curious about what's actually inside Raveraide? Here's a full breakdown of everything you need to know 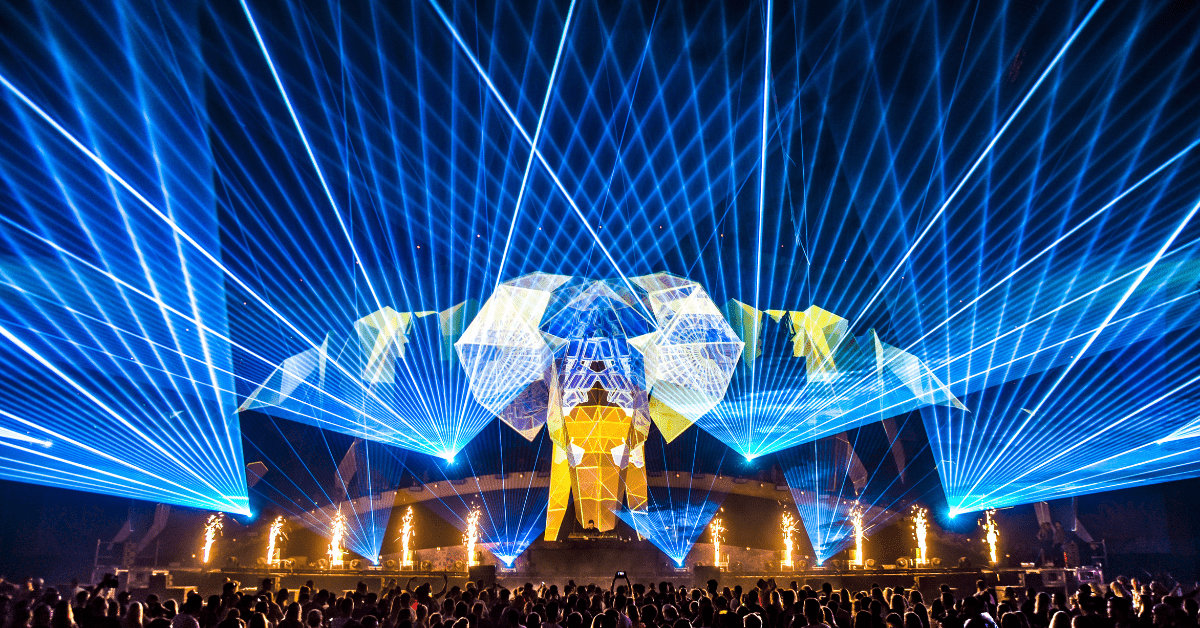 11 Rave Essentials You Need To Bring To Your First Festival

So, you’re going to an electronic dance music festival! After attending countless shows and doing extensive research, we have crafted the perfect list of rave essentials to ensure that you have the best first experience! 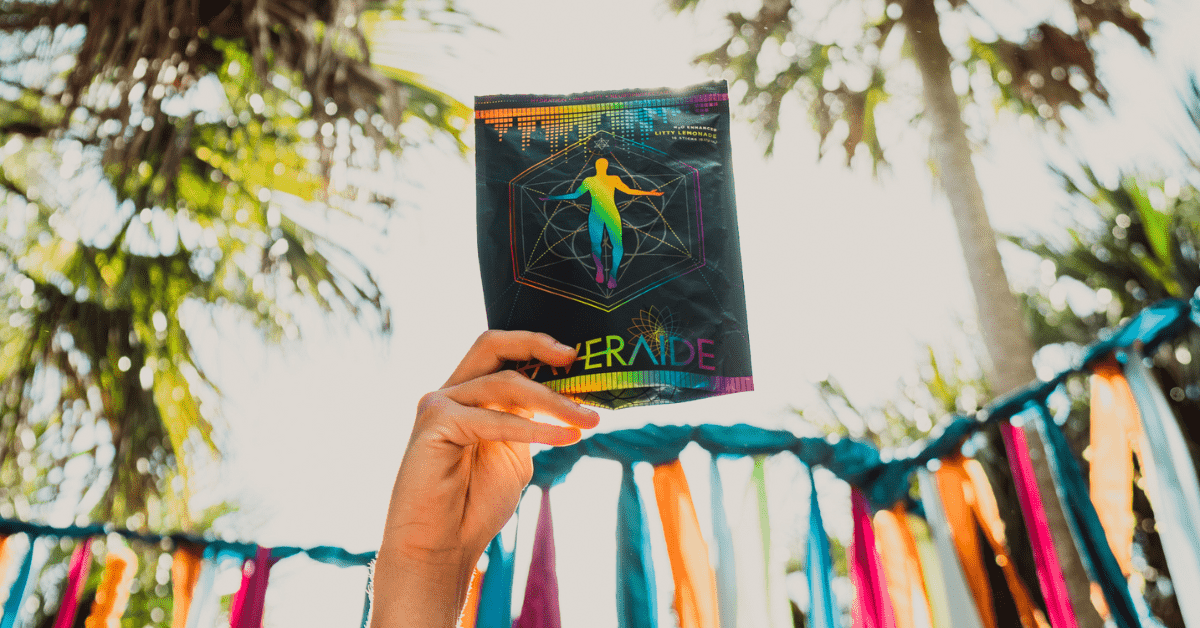 If you’ve been searching for a go-to supplement to add to your rave recovery stack, then look no further. We’ll explain each ingredient in our hydration sticks so you know that we know what we’re talking about, and so you can be a little less nervous about those science-y words on the ingredient list. We’ve got you.

Join Waitlist We will inform you when the product arrives in stock. Please leave your valid email address below.
0
0
Your Cart
Your cart is emptyReturn to Shop
Frequently Bought Together
Continue Shopping
Calculate Shipping
Apply Coupon